Vintage Zuni squash blossom necklace from the late 1960’s to the early 1970’s. Set in solid sterling silver with natural Arizona Morenci turquoise. There are 12 blossom’s with 10 individually hand cut stones in each one.The blossoms measure 1-1/2″ in length x 1″ wide. The Naja measures 4″ in length x 3″ across. It has 64 individually hand cut stones. The necklace measures 32″ total including the Naja. This is the quintessential Zuni squash blossom necklace ! 100% handcrafted. A wonderful example of Native American Jewelry.Call for more details and information. 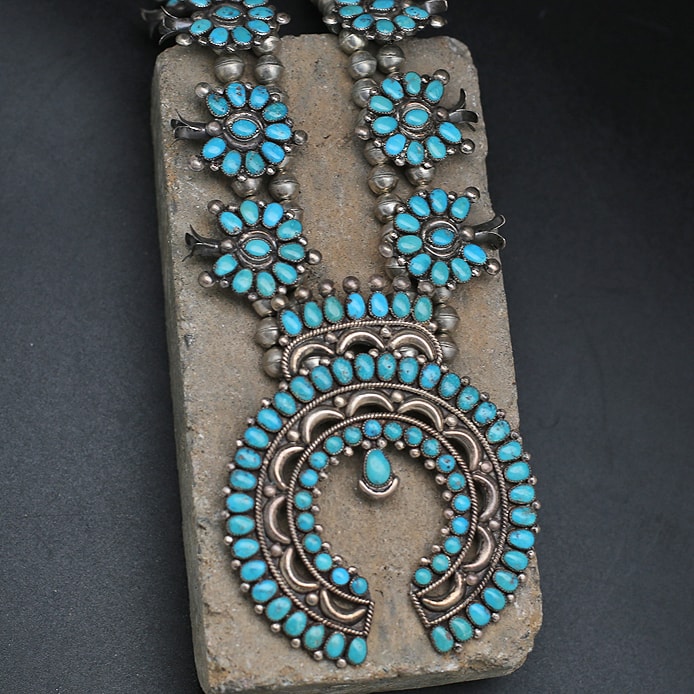 Oxidized silver ( black coloring in the silver ) is a process that many jewelers use to give sterling silver a black patina. It gives the jewelry an antique or tarnished look. The process consists of taking clean sterling silver and using a chemical (liver of sulphur) to treat it to speed up the tarnishing effect.