Graduated spiderweb turquoise nugget necklace. The artist has used 34 stones to create the pattern. The nuggets measure approximately from 4mm to 6mm. Matching earrings are also part of the set. 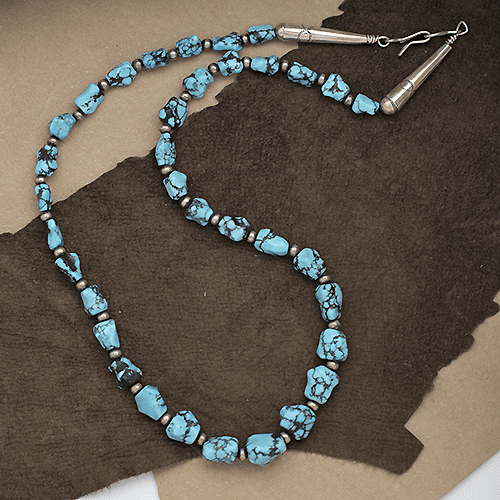