Well known Navajo artist Happy Piasso has handcrafted this beautiful set. Solid sterling silver with genuine Kingman spiderweb turquoise. The beads measure 22″ with graduated beads intermixed with turquoise pieces. The pendant measures 3″ in total length and is 1-3/4″ at its widest point.The earrings are mounted on a silver french wire and is 1-5/8″ when worn. All the elements of this piece can all be worn separately which adds to its appeal.

Ask a Question About BC 1259 Kingman turquoise pendant & beads 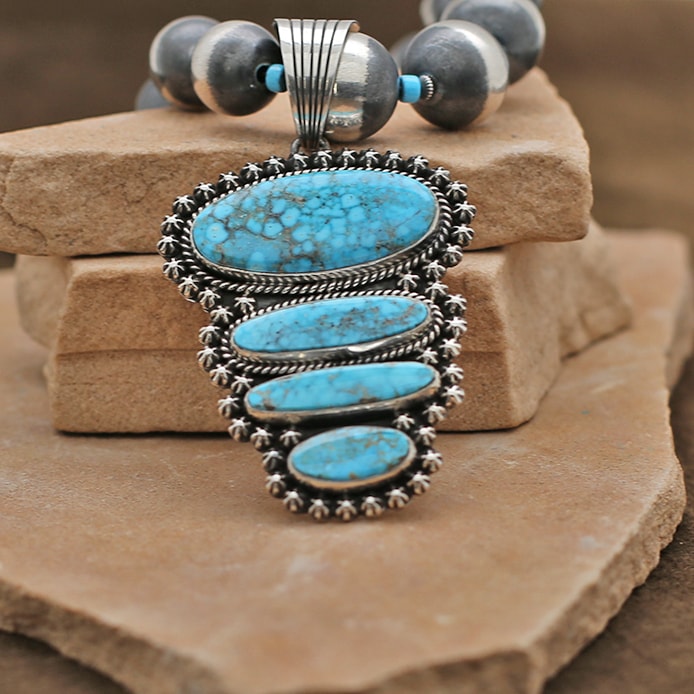 Oxidized silver (black coloring in the silver) is a process that many jewelers use to give sterling silver a black patina. It gives the jewelry an antique or tarnished look. The process consists of taking clean sterling silver and using a chemical (liver of sulphur) to treat it to speed up the tarnishing effect