Stunning “chevron” shaped bolo tie. Set in solid sterling silver with genuine turquoise, white mother of pearl, red coral and black jet. It has a black woven cord and sterling silver tips.Measuring 2″ in length with a taper of 1″ to 3/4″. 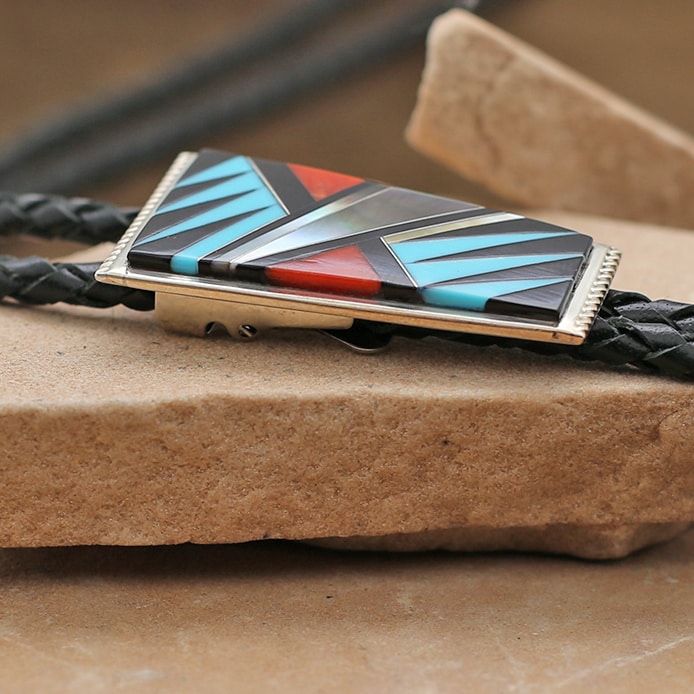