Vintage 1950’s Eagle Dancer bolo tie by Zuni artist John Lucio. Born in 1919, John Lucio was one the few artist that used the Eagle Dancer as a image in jewelry. Set in solid sterling silver with genuine stones and shells. It has the original black woven leather cord and sterling silver tips. Measuring 2-1/2″ high and 2″ in width. 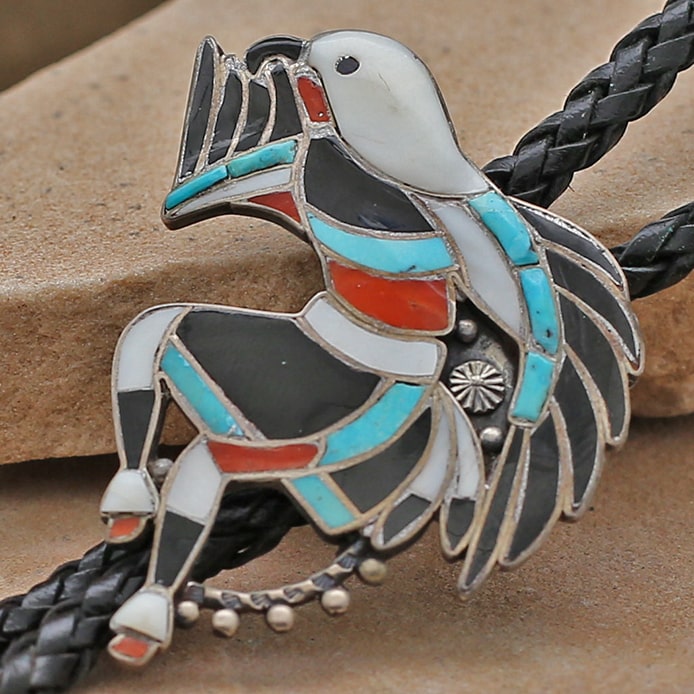 As with most mines, it was at first a tunnel and shaft project but when Menless Winfield bought the mine it was made an open pit operation. The turquoise from this mine is mostly good to high-grade and usually in the form of nuggets although there is a quantity of vein material. A very interesting occurrence of turquoise found here is a condition where the turquoise was deposited in cavities or molds left when parts of fossil plants were dissolved out of a harder rock. The turquoise is graded into golden matrix, black matrix and spider web. At present, most of it is cut and polished or the nuggets drilled and polished at the mine, making this is a very collectible turquoise, and rarely available in rough form.