This 3rd place winning bolo tie from the 1970 ” Inter-Tribal Indian Ceremonial” in Gallup, N.M. Set in solid sterling silver and genuine turquoise it is a true window into how jewelry was made some 50 years ago. Original hand woven cord and sterling silver tips. The main piece measures 2″  in length with a taper of 1-1/4″ to 1″. 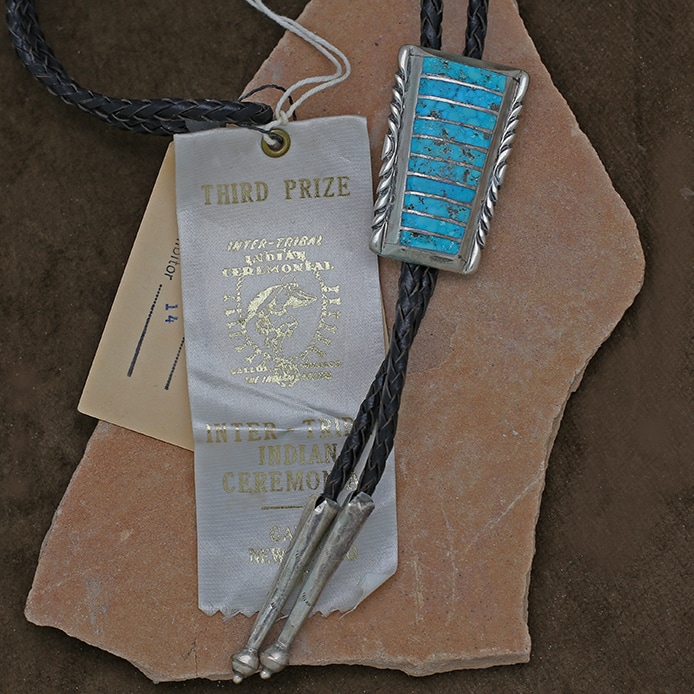 First launched on September 28, 1922, the Gallup Inter-Tribal Indian Ceremonial has been taking place in Gallup, New Mexico, for nearly a century. It’s not only one of the state’s oldest events, but also one of the oldest continuous recognition’s of Native American culture and art. (It has inspired similar gatherings in locales across the Southwest, but has always been the original.) After nearly a hundred years, a few of the details of the event’s history have faded away