Navajo artist Larson Lee has created a wonderful bracelet. Set in solid sterling silver with genuine Kingman turquoise. Measuring 1″ 1/4 at its widest point and tapering down to 3/8″. This is a nicely sized bracelet. It has a 5″1/2 inside measurement with a 1″1/4 opening. Easily shaped to fit most wrists. 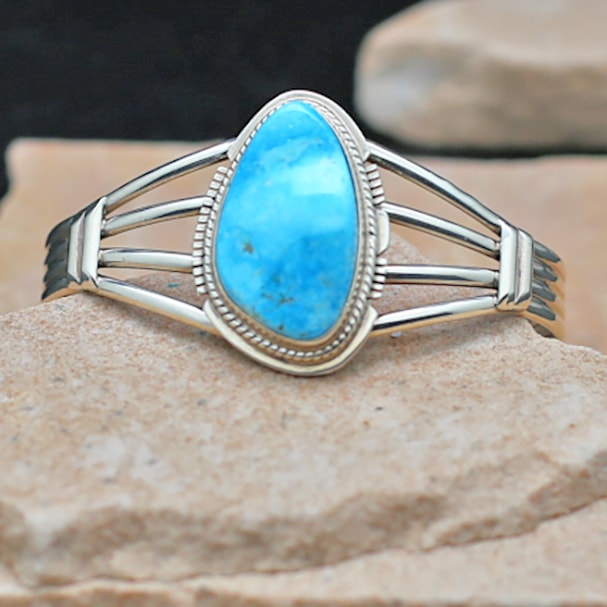