Hand crafted Navajo bracelet by acclaimed artist Albert Jake. Set in solid sterling silver with 5-nicely sized pieces of Golden Hills turquoise. Heavy gauge silver is used through out the bracelet with detailed stamping. Measuring 3/4′ in width around with an opening of  1″ , it is easily shaped to fit most wrists. Quality and this type of detail are hallmarks of this artist. This piece does not disappoint. 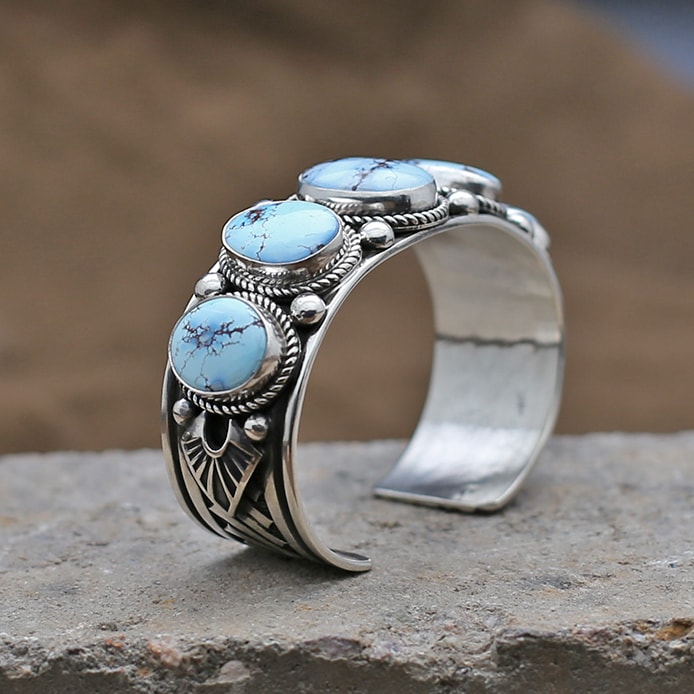