Measuring 1″ in width with approximately 6″ on the inside and a 1″ opening. This bracelet is made from high grade Kingman spiderweb turquoise. Set in solid sterling silver, this bracelet shows off the artist’s signature detailed stamping. Entirely handcrafted by Navajo artist Andy Cadman.

Navajo – Born in 1966, Andy Cadman creates beautifully stamped silver jewelry using a variety of stones and materials.  He is the older brother of Darrell Cadman.  Andy, his brothers Darrell and Donovan, and his half-brothers Gary and Sunshine Reeves all learned much of their trade from David Reeves (Gary and Sunshine’s now deceased full brother).  Therefore, all of the brother’s silverwork exhibit much of the same characteristics and a common feel.

The complex matrix webbing of the stone along with its “satin finish” of the silver give this piece a timeless look. Truly one of the best examples Navajo craftsmanship.

Ask a Question About BC 1253 -Kingman spiderweb turquoise bracelet 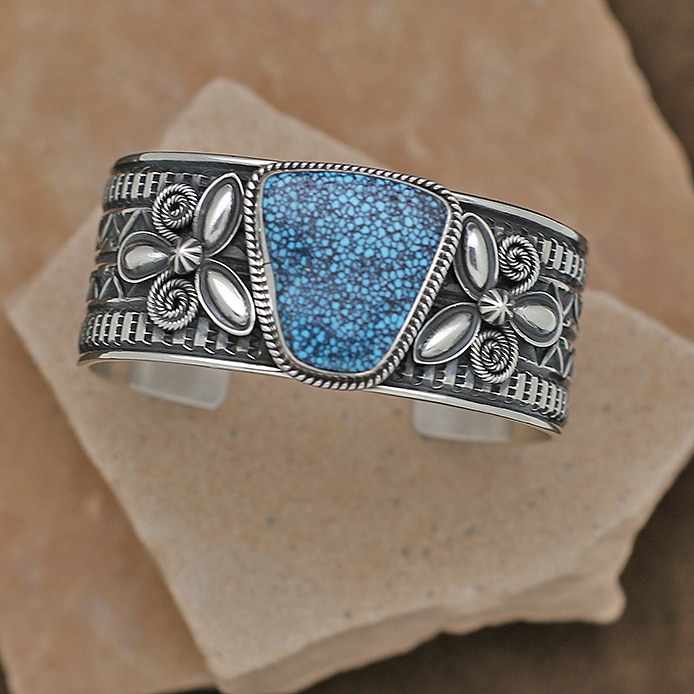