BC 1263 Thunderbird bracelet by T.O. Willie

BC 1263 Thunderbird bracelet by T.O. Willie

Wide cuff bracelet by Navajo artist T.O.Willie. Set in solid sterling silver with genuine high grade Kingman Turquoise. The stamping on this bracelet is what really makes it special. Highly detailed with over 10 different patterns of stamp work  along with a large thunderbird flanking each side of the center oval stone. This image of a thunder bird is reminiscent of the 1930’s Fred Harvey era jewelry. Measuring 2″ across with a 5-1/2″ inside  and a 1-1/4″ opening. This is a rare find and very traditional mix of old and new style !

Ask a Question About BC 1263 Thunderbird bracelet by T.O. Willie 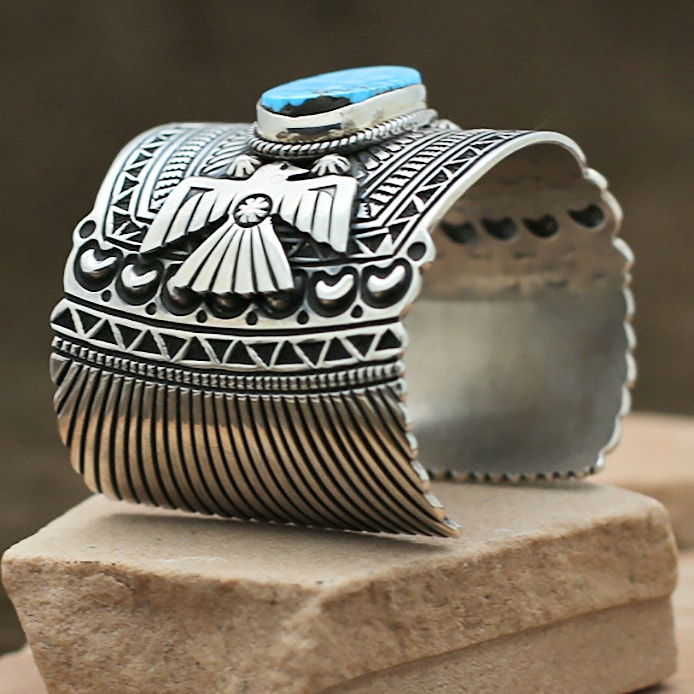 Arizona. One of the largest domestic turquoise mines, it is found in a large open pit copper mine in the high desert country. The Kingman Mine district was first mined by Native Americans; it was part of the most extensive prehistoric workings in Arizona.