The Kingman mine in northwestern Arizona was one of the largest turquoise mines in North America. The terms “Kingman” or “high blue” refer to the blue color usually displayed in this stone. It has become a color standard in the industry. The mine became famous for its rounded, bright blue nuggets with black matrix. Few turquoise mines produced nuggets, especially of this quality. Old natural Kingman Turquoise is rare. The Colbaugh’s own this mine and the Turquoise Mountain mine, their company name is Colbough Processing. They have recently gone back into the section of the Kingman mine and are digging and bringing some new Natural Kingman Turquoise.

Ask a Question About BC 1275 Albert Jake “Repoussé bracelet 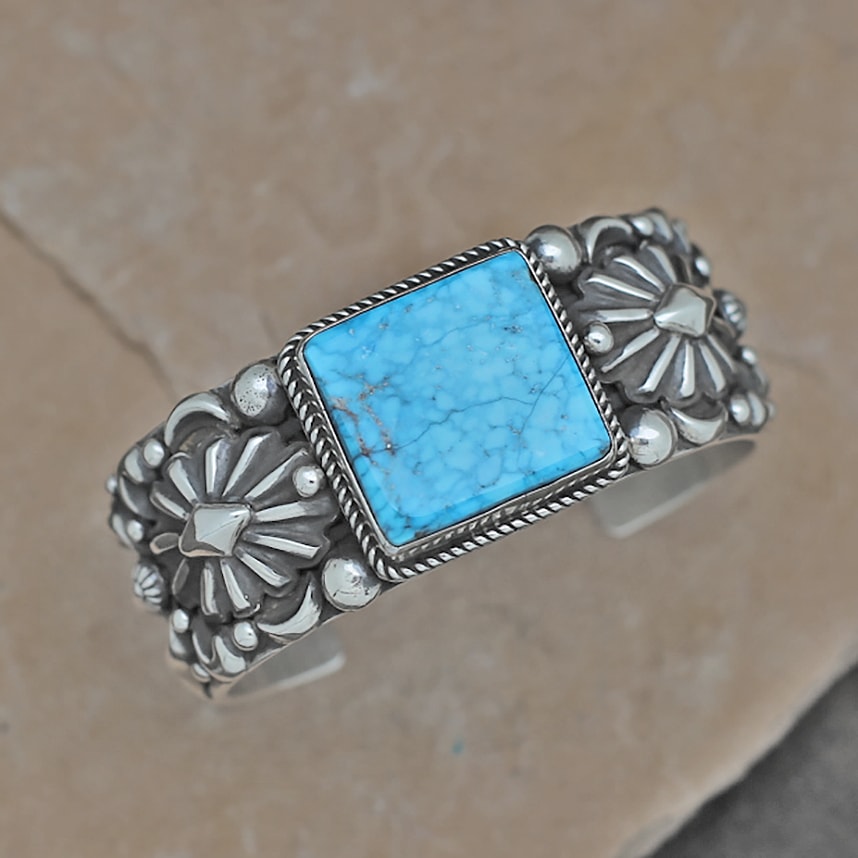 Renown Navajo artist Albert Jake has created a traditional styled bracelet with outstanding Repoussé silver work. This technique is when the sterling silver is shaped by hammering from the reverse side to create a design in low relief. Once this is done Albert has layered the individual pieces onto the bracelet. Very difficult and a rare skill among most artists. The square stone is also a unique element that makes this piece stand out from the rest. Measuring only 1″ in width and measuring 5″ on the inside with a 1″ opening , this is a small bracelet and may not fit everyone. Please call for sizing