Renown Navajo artist Aaron Toadlena has created a masterpiece.He has marked the bracelet with his signature ” hand” with his initials ” AT” inside.  Set in solid sterling silver with genuine Kingman “water web” turquoise. Heavy detailed stamping are seen throughout the bracelet. Measuring 2″ at its widest point and tapers down to 3/4″ at the ends of the bracelet. The scallop edges of the bracelet make this a very comfortable.

Ask a Question About BC 1303 Aaron Toadlena cuff bracelet 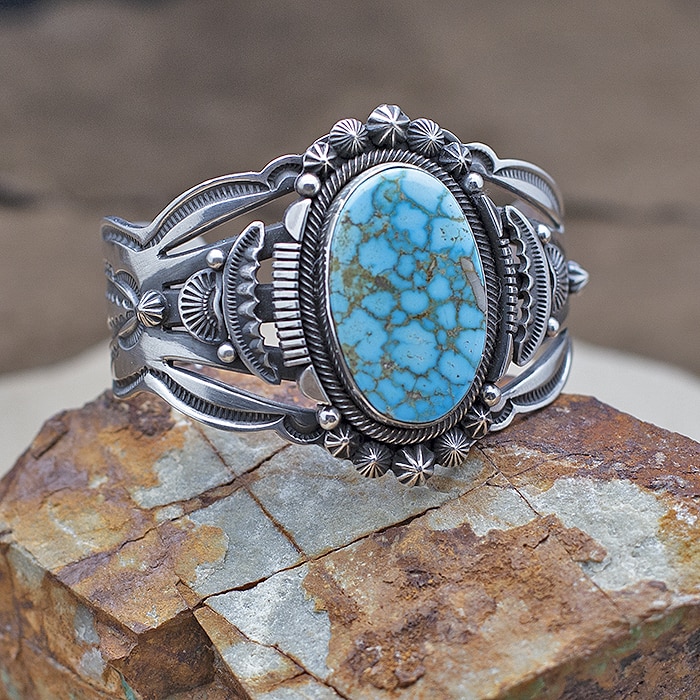