Stunning Royston turquoise is used in this bracelet. Handcrafted by renown Navajo artist Aaron Toadlena. Set in solid sterling with 17 high grade Royston turquoise stones.  Measuring 1″3/4 at its widest point and tapers down to 3/4″. The inside measures 5″1/2 with a 1″1/4 opening. Easily fit to most wrists. This is a wonderful example of Navajo artistry.

Ask a Question About BC 1308 Aaron Toadlena Royston turquoise bracelet 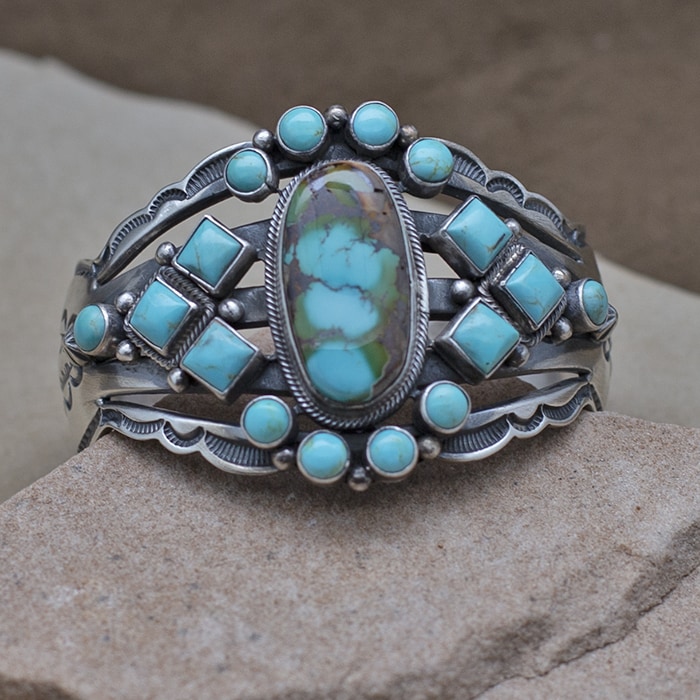