Ask a Question About BC 1318 Aaron Toadlena 3-stone bracelet 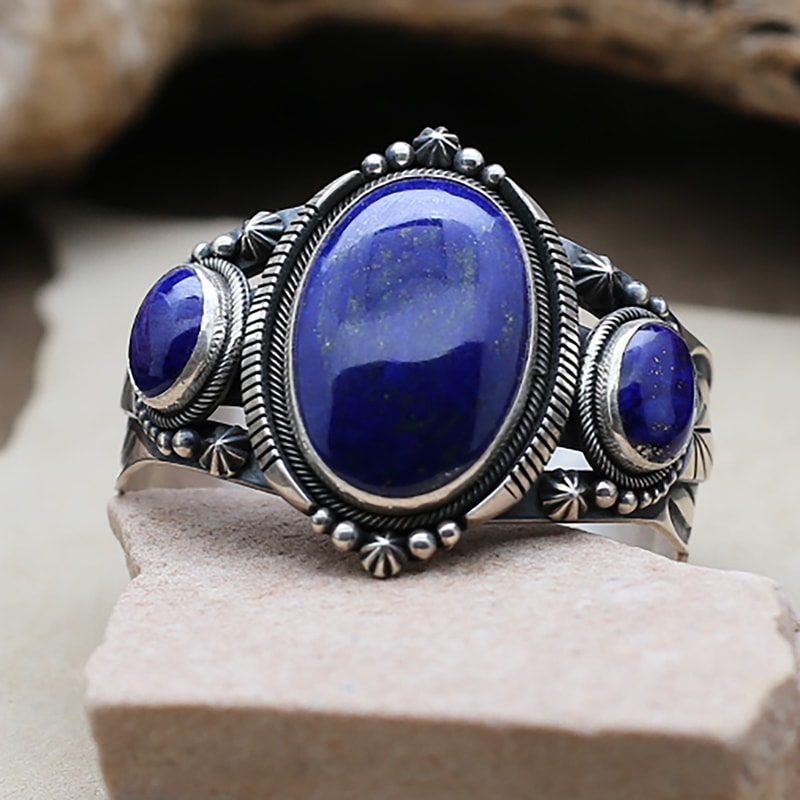 Handcrafted cuff bracelet by acclaimed Navajo artist Aaron Toadlena. This is magnificent bracelet that really shows the ability of the artist. Measuring 2″1/2 at its widest point, this is a wide bracelet. Heavy silver is used to create the design allowing deep stamping and bold shapes. The center stone measures 1″ 1/2 x 1″ 1/4 oval which really makes a statement. This is a one-of-a-kind piece that is sure to be a stand out in any collection