Ask a Question About BC 1320 Albert Jake ” silver shot” bracelet 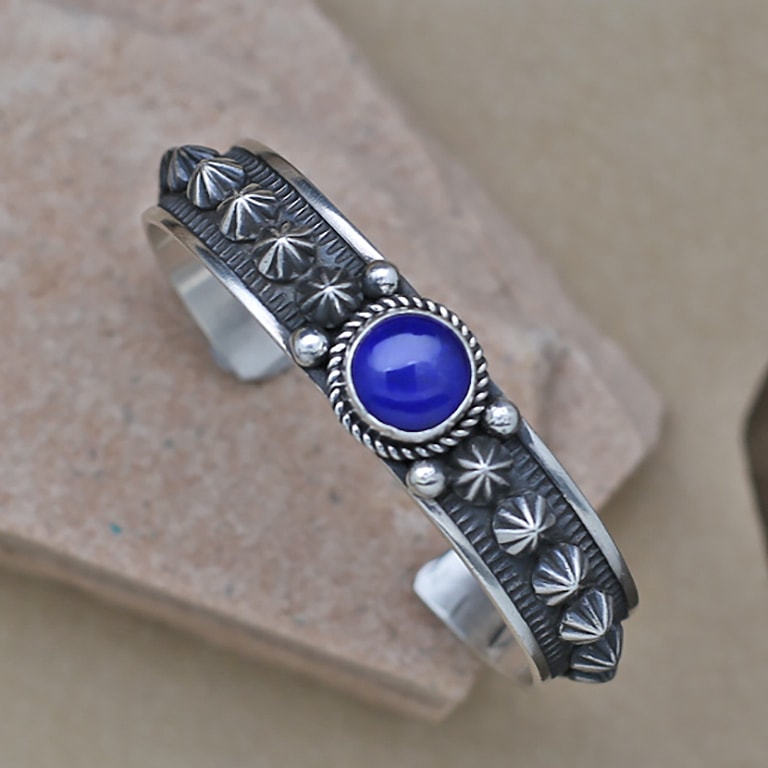 Handcrafted single  stone bracelet. Set in solid sterling silver with genuine dark blue lapis. Measuring 1/2″ in width this is the perfect size. The Navajo artist ( Albert Jake ) is known for his detailed stamp marks and his unique layered designs that give his pieces a lot of character. He has stamped it with his hallmark ” A.Jake” along with his artisan guild ‘HBH” which means heavy by hand.