The Pueblo design you see in your piece is a reflection of the of the Navajo people’s lifestyle. The scenery is set in New Mexico, near “Shiprock” mountain. This mountain range is a sacred area for the Navajo.  The black represents Father sky (everything known) while the pueblos are mother earth (everything known)

Sterling silver (round stars and setting )

Born Aug. 15th, 1970, in Gallup New Mexico, Fred was raised in a small town called Manuelito. Although he began creating jewelry when he was in his teens, he didn’t begin inlaying pieces until after high school. He is self-taught in his craft and is a true pioneer in the world of intricate inlay. Known for his “Pueblo “jewelry Fred recently was awarded a 1st place in Gallup Ceremonials. (The Navajo nation’s largest showing of jewelry & arts and crafts) 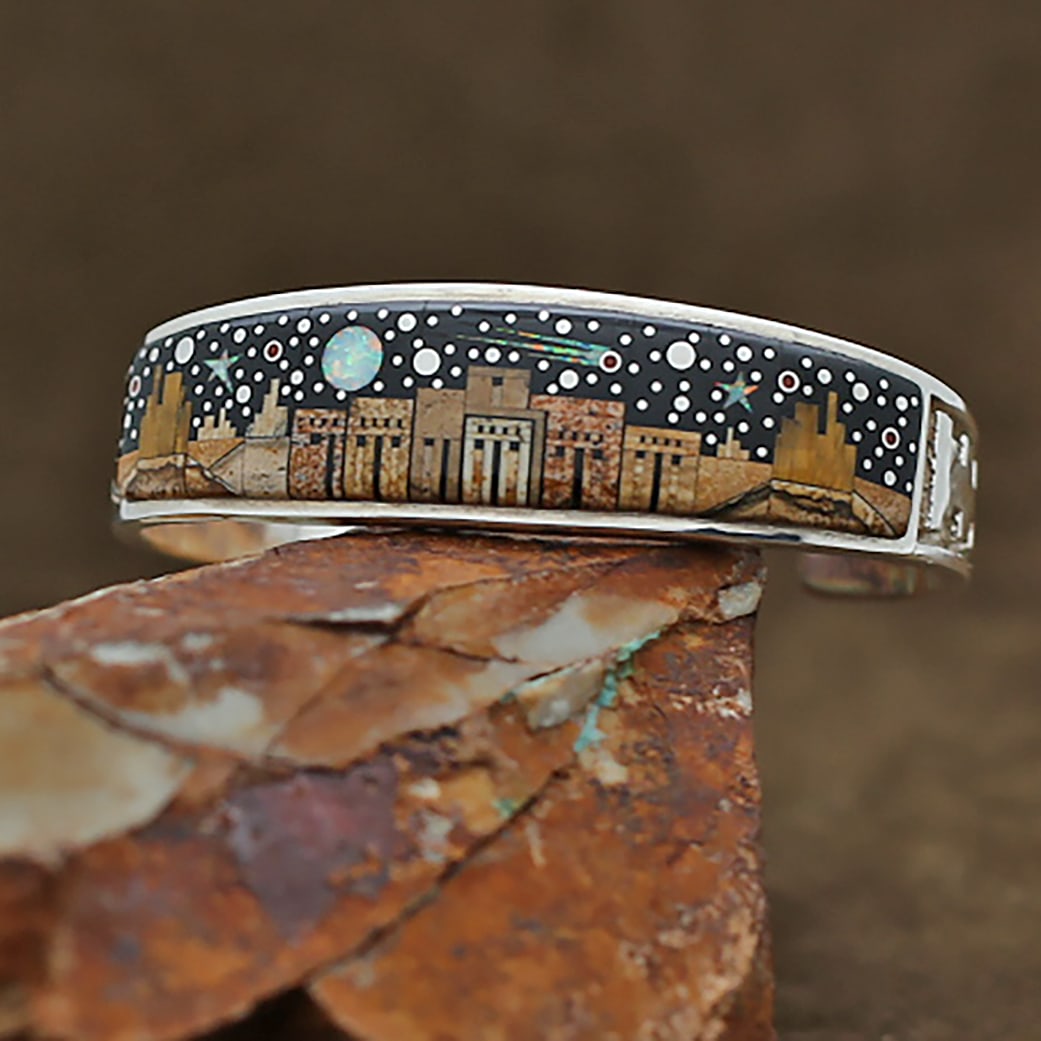 Fred Begay Adobe Pueblo cuff bracelet is part of our Adobe Jewelry Collection. As a result it is absolutely beautiful. The detail is incredible. It shows a Navajo village underneath the desert night sky. Furthermore the use of fossilized wood, brown jasper and cultured opal is true art.This bracelet has a 5  1/4″ inside measurement and an opening of 1 3/8″, making this bracelet easy to fit most wrists. It has a inlay design measuring about 3″ in length with a width of3/4 to 5/8″