Zuni handcrafted multi-color inlay bracelet.Set in solid sterling silver with genuine stones and shells. Measuring 1/2″ at its widest point with a taper to the ends of the bracelet to 1/8″. The raised stones are inlayed in a channel that gives this bracelet a unique look. Not easily shaped so please list your wrist size when ordering. 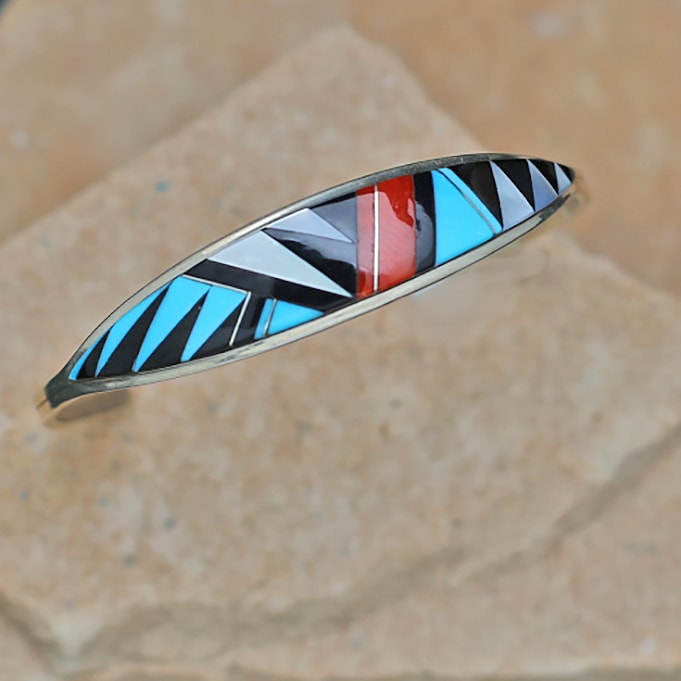