This is a very thin bracelet, measuring only 1/4″. Sturdy square sterling silver wire is used as the bases of the bracelet. Individually hand cut stones create beautiful pattern for this bracelet. This along with the raised channel setting make this a stand out from the rest. 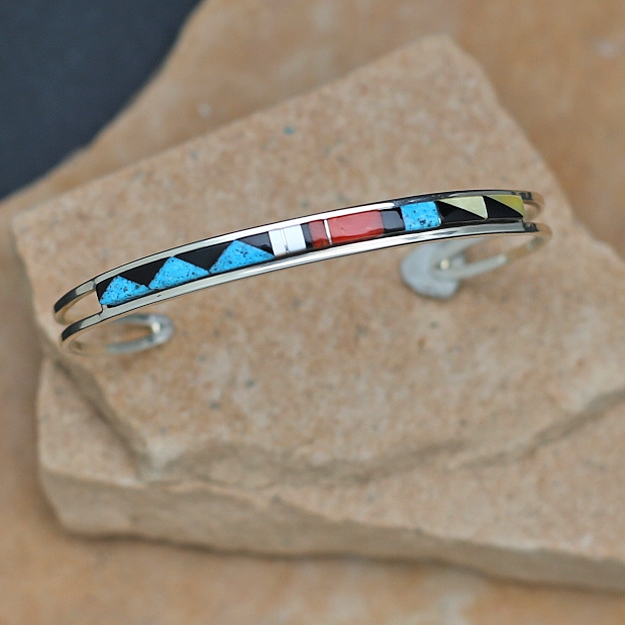