Zuni handcrafted multi-color inlay bracelet. Set in solid sterling silver. The bracelet measures 3/8″ in width with inlay area that measures 1/8″ in width. The artist has taken extra care in the silver details of scalloped edges and channels.This is a beautiful bracelet. 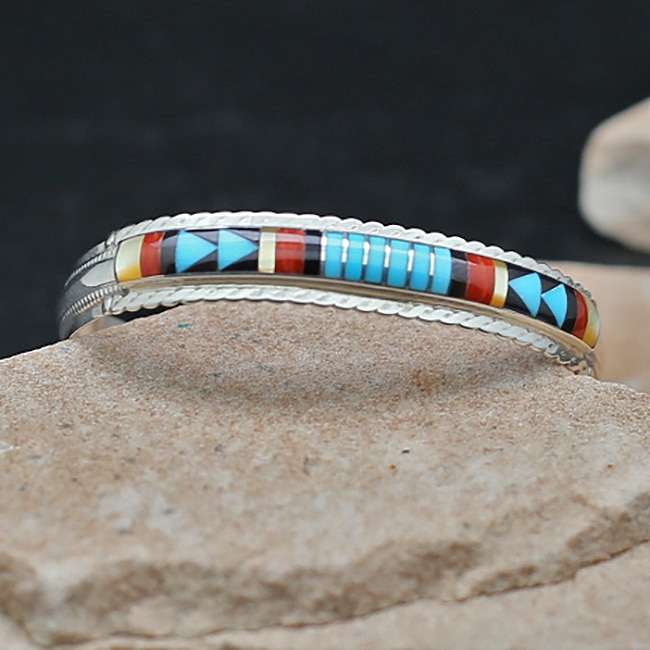