Tufa–casting is an old Navajo technique where the impression of the bracelet is carved in volcanic stone (tufa-stone) and the molten metal is poured into the impression. This was one of the very first techniques that the Navajo created in the late 1800’s.

Lester James has created a wonderful example of tufa cast jewelry. Set in solid sterling silver with genuine high grade kingman turquoise and Mediterranean coral. This simple design of  18 beveled hand cut stones are set in a channel which is both masculine and elegant and measures 3/8″ in width by 3/8″ in height. The bracelet is not able to be shaped so it must fit.Please contact us for measuring your wrist. 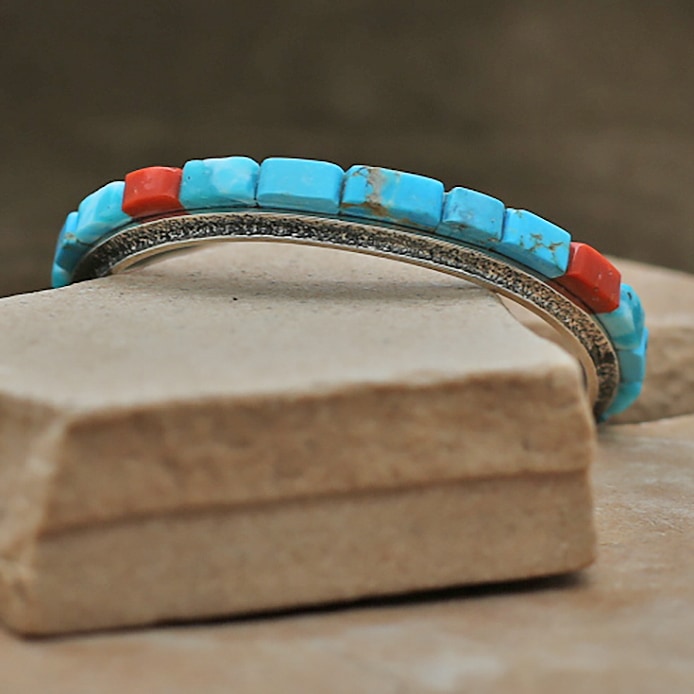 Tufa–casting is an old Navajo technique where the impression of the bracelet is carved in volcanic stone (tufa-stone) and the molten metal is poured into the impression. This was one of the very first techniques that the Navajo created in the late 1800’s.