Vintage bracelet CIRCA 1960’s. Handcrafted by a Zuni artist as set in solid sterling silver. Unique in its design, with a heavy silver wire frame and carved silver elements. The artist has used turquoise, coral, white mother of pearl and pin shell. Measuring 2″ in width and tapering down to 3/8″, this is a comfortable bracelet. 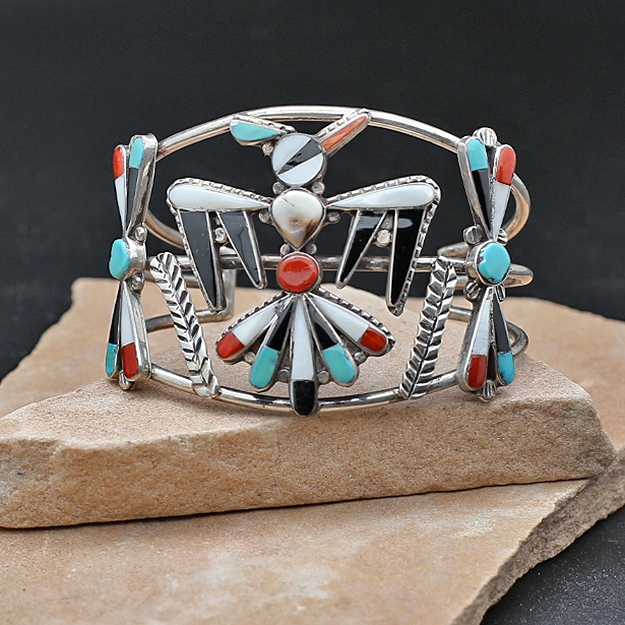