Vintage 1960’s cuff bracelet by renown artist’s Bobby & Coraine Shack. Measuring 2″3/4 x 2″. They have used gold & white mother of pearl, Acoma jet, turquoise and abalone to inlay the bracelet with. Set in solid sterling silver. This piece has never been worn and was part of a private collection. 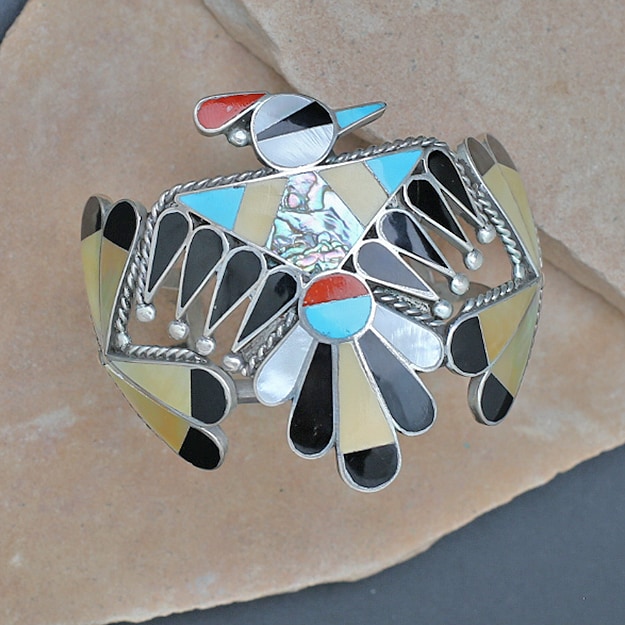 Bobby & Corraine Shack: This couple have been making jewelry together for many years and have quite legacy. Bobby’s mother, Thomasine Shack was known for some the most desirable pieces in the Zuni village. In addition, Corraine’s father Blake Lesense was also known for his jewelry. As a result of their famous parents Bobby & Corraine have created beautiful “thunderbird” & “hummingbird” jewelry that has also become some of the most collectable pieces in the southwest.