Vintage 1970’s Zuni Sunface cuff bracelet. Set in solid sterling silver with genuine stones and shells. The large center sunface image measures 2″ round with side “feather” elements measuring 1″1/2 x 1/2. Unique in its design with vibrant stone colors make this bracelet stand out from the rest. 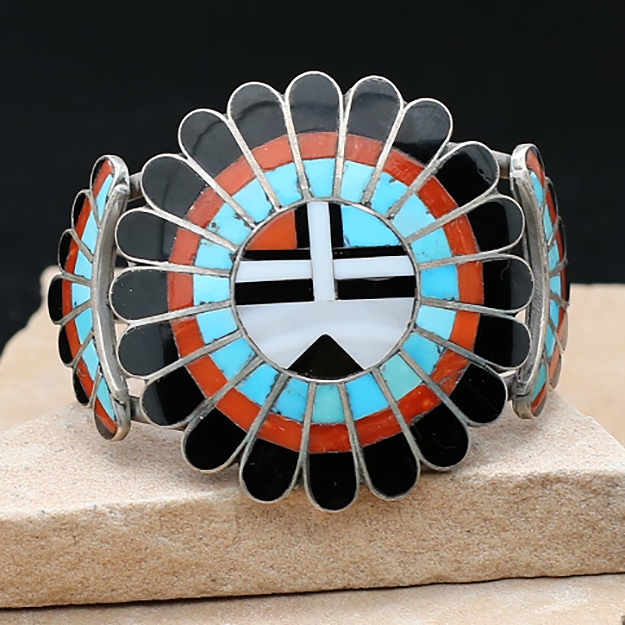 White & Gold Mother of Pearl: The provenance story of the White Mother of Pearl shell begins in the remote crystal-clear turquoise waters of Northern Australia, nurturing and growing the sought after.

Native American artists have only used coral for the last 600 years.