Beautiful multi-color inlay belt buckle. Handcrafted by Zuni artists Sanford & Diane Cooche. Set in solid sterling silver with genuine stones such as turquoise, white mother of pearl, black jet and red coral. The main buckle measures 2″ x 1″, the keepers are 1″ x 3/8″ and the tip measures 1-1/2″ x 3/4″. Colorful and highly crafted this a beautiful piece. A FREE leather belt is included with the purchase of this buckle. 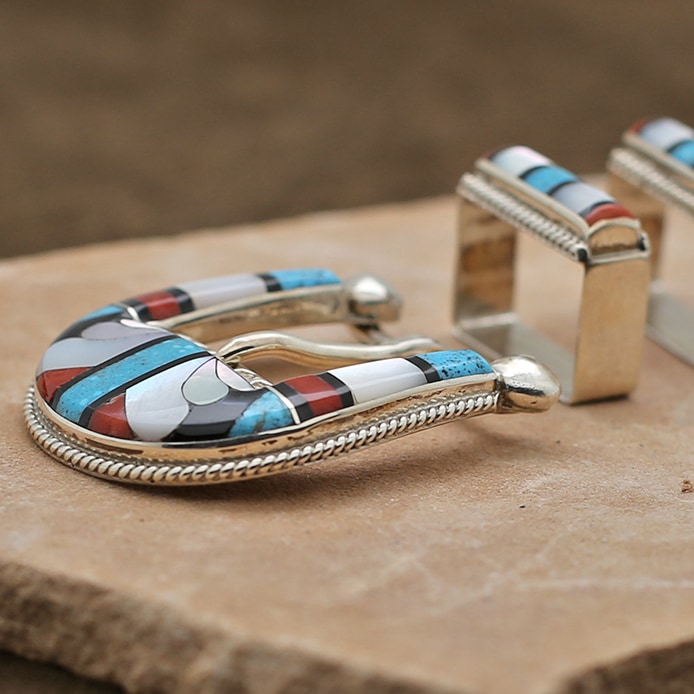