Excellent example of a traditional Navajo concho belt. Each of the 12 concho’s measure 2-1/8” x 1 3/4” Detailed stamping is a true signature of an artist and this belt does not disappoint. It can easily be worn through jeans belt loops or with a skirt. The concho’s are backed with a copper strap making them easy to space and arrange for the perfect look.

Ask a Question About Concho Belt 111- Sterling Silver -Navajo made 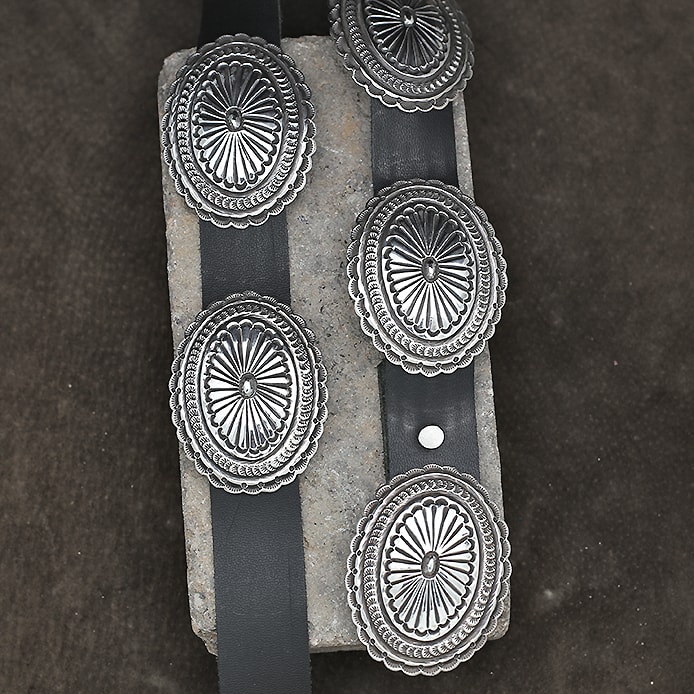 Although it is commonly said the Navajo (Dine’) borrowed the idea from Spaniards, the concho belt has become a long-standing Native tradition. Concho Belts reportedly began appearing in Navajo country in the late 1860s or early 1870s. Other Native Americans including the Zuni and Hopi also made traditional Concho Belts before long.