Navajo handcrafted triple dangle earrings on french wires. Elegant with the subtle coloring of the Golden Hills turquoise. Set in solid sterling silver. Hand stamped by the artist who crafted them. Measuring 2-1/2″ in total length. Each stone varies in length from 1/2″, 3/8″ & 1/4″. Unique and beautiful. 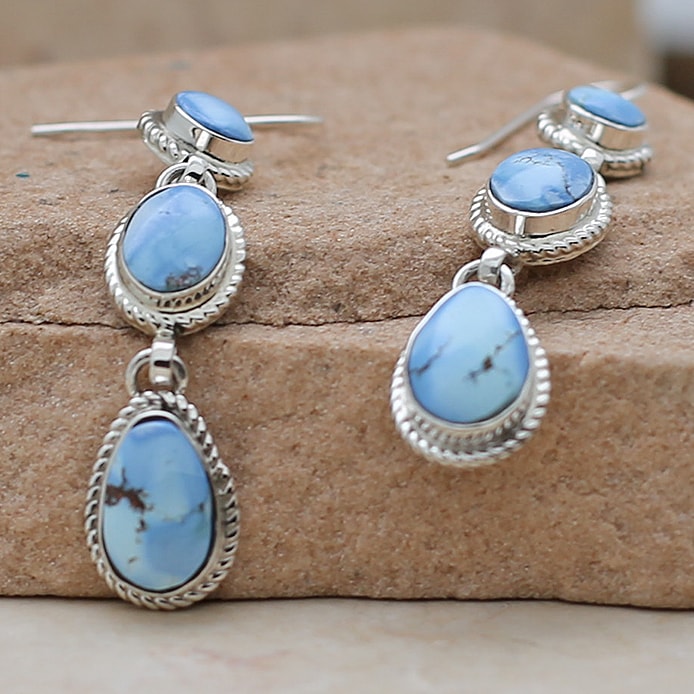