The Sunface is an ancient symbol in Zuni culture, where it represents the sacred Sun Father. The Zuni have always honored the Sun’s vital role in the cycling of seasons and the success of crops, recognizing that the Sun’s warmth sustains life, enables growth, and brings joy and prosperity to the people.Beautiful dangle Zuni Sun Face earrings. Hand twisted silver wire connects the top Sun Face stud with the bottom dangle element. Measuring 1-1/4″ in total dangle length , these earrings are the perfect size for most occasions. 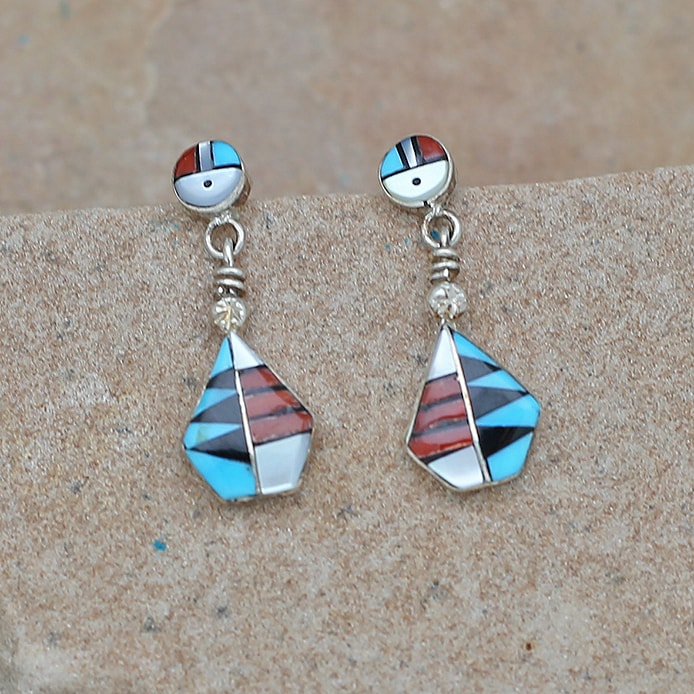