Small in size with a measurement of only 1/2″ x 1/2″ in shape and a depth of 1/8″ . These heart earrings are set in solid sterling silver and use only genuine stones. Over 25 individually hand cut stones are used in each earring. The attention to detail in these earrings is wonderful. Sterling silver posts and backs are used. 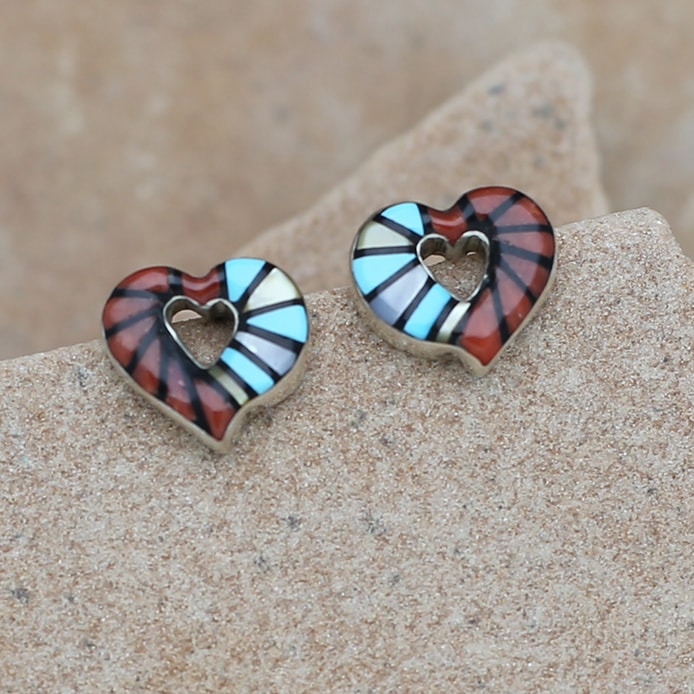