Rug pattern design round stud earrings in solid sterling silver. Handcrafted by Navajo artist Marty Yazzie. Genuine material like Lapis, jasper,turquoise, jet and cultured opal. They measure 1/2″ round. Smooth silver bezel helps frame the beautiful inlay and make a strong presence. With over 10 hand cut stones in each earring, these earrings are one of a kind. 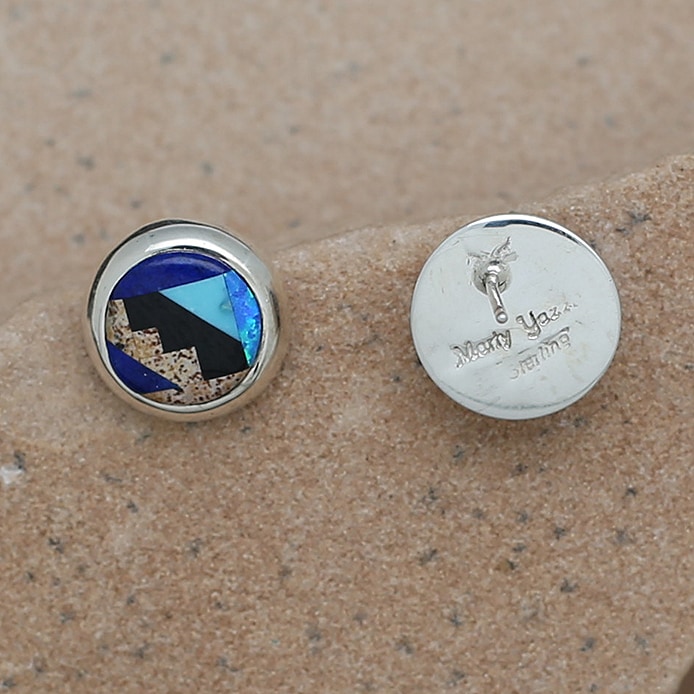