Adobe Pueblo earrings by Navajo artist Julius Burbank from Gallup, New Mexico. Set in solid sterling silver with genuine, jasper,jet and coral. Cultured opal is also used in some accent elements in the design. Measuring 1 1/2″  x 3/8″, they are perfectly sized. 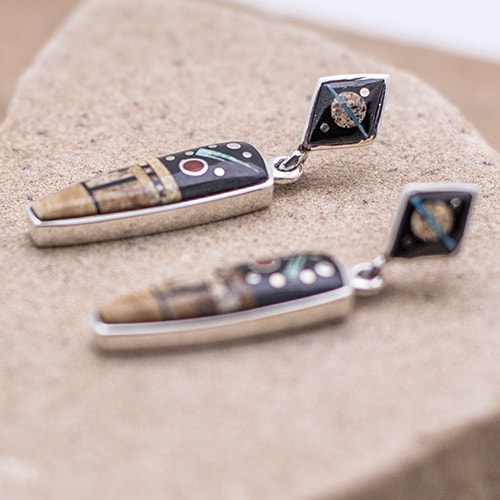