Beautiful Navajo made necklace set. Set in solid sterling silver. Referred to as a ” Finger Necklace” due to its long dangle pieces. It flows around any neck line. 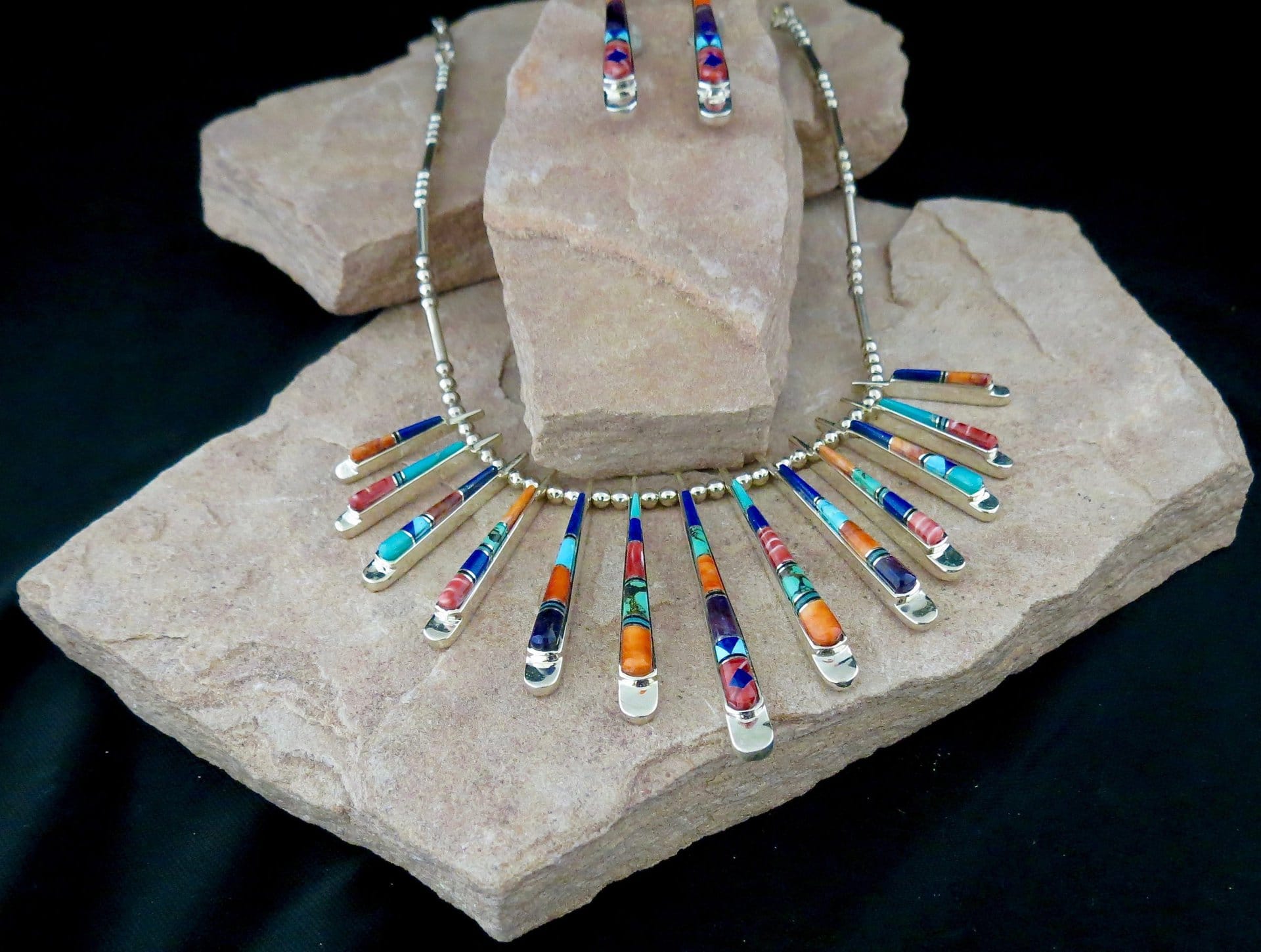 IT helps you to access the unknown universal knowledge and have the wisdom to understand it.  It helps expand awareness and intellect.  When there are emotional issues that cause disease, Lapis helps diminish the external symptoms and release problems related to the disease.  This stone eases depression and balances male and female energies.  It is also a protective stone.  Lapis Lazuli harmonizes your heart and mind as it forges stronger bonds between them. The energy radiated by Lapis can help you experience the energy and power you possess within.   A powerful thought amplifier.  Encourages truthfulness.