A stunning necklace set. The graduated Navajo pearls measure 18″ with the large oval pendant measuring 2 1/2″ in length. A matching set of dangle earrings are also part of the set. Set in solid sterling silver with genuine “water web” Kingman turquoise. The coloring of the stone resembles crystal blue water of the ocean and has a lot of character. Stamped by the artist and his guild stamp. The design that surrounds the stone is referred to as “cold stamping”. It’s a process of straight line stamping with a heavy hammer while the silver is not heated by a torch.

Ask a Question About BC 1297 Albert Jake Necklace set 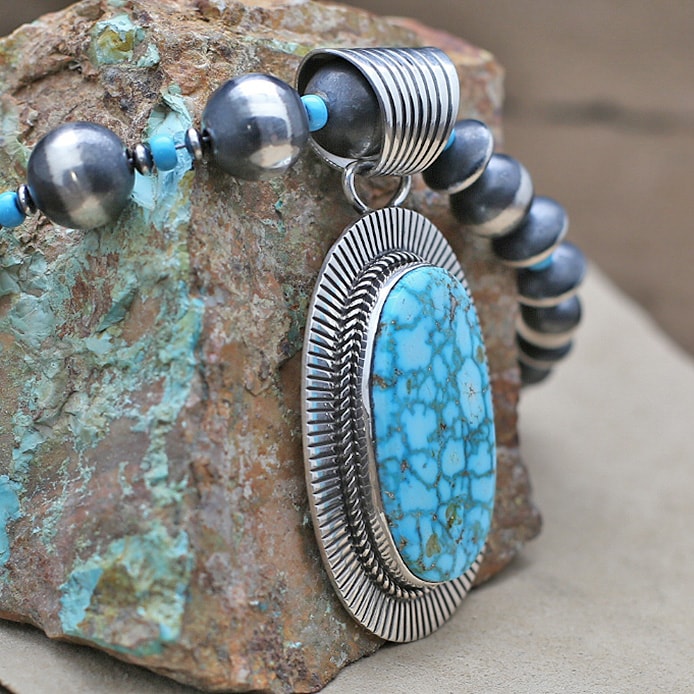