Santa Domingo artist Daniel Coriz created a beautiful necklace. His ability to choose only the finest stones to string together is masterful. Measuring  38″-40″ in total length. Rarely seen in this length, this necklace is a unique piece. 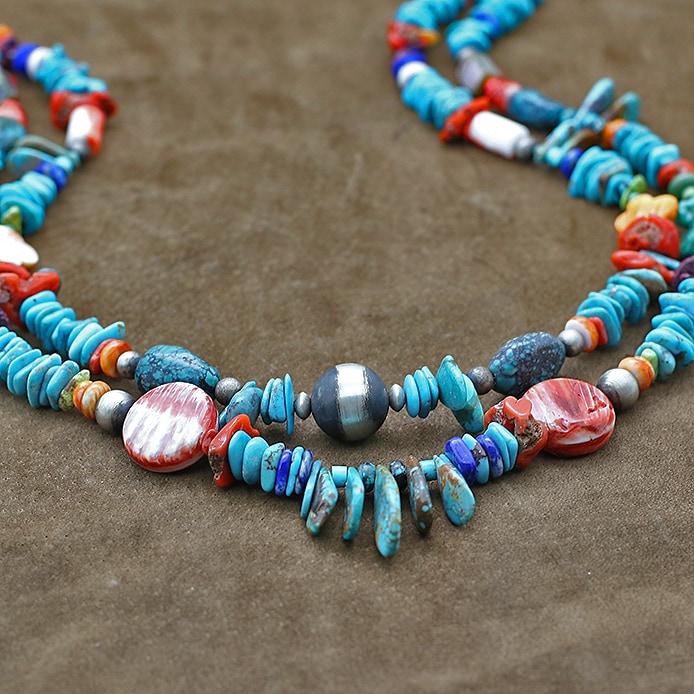 In the 17th century, the Spanish conquistadors named the pueblo as Santo Domingo. Its earliest recorded name was Gipuy. According to Pueblo Council members, the local name in their Keres language has always been Kewa. In 2009, the pueblo officially changed its name to Kewa Pueblo, altering its seal, signs and letterhead.According to the Pueblo of Acoma’s Keres Online Dictionary, the Western Keresan-name for the Pueblo was Díiwʾi and for its people therefore Dîiwʾamʾé.It is located 25 southwest of Santa Fe , N.M.