Stunning necklace set by acclaimed Navajo artist Albert Jake. Set in solid sterling silver with genuine Lapis. This matching set includes the hoop style earrings, 3- strand necklace ( measuring 20″) and the heart shaped pendant ( 3″1/2 x 2″1/2). This is a one of a kind piece. The stamping around the heart shaped pendant is a signature style of this artist and really shows off his attention to detail. In addition the heart pendant is removable and the necklace and earrings can be worn separately making this a versatile piece. 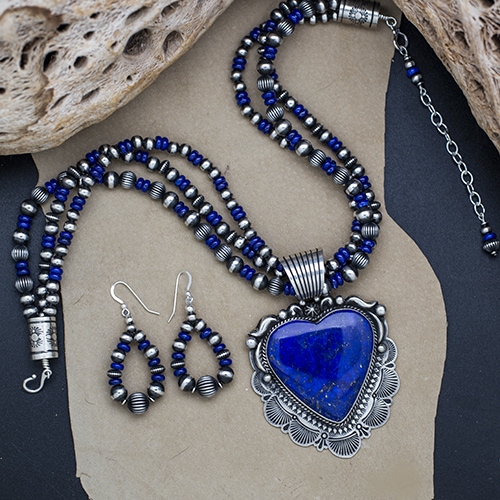