Traditional Navajo squash blossom necklace. Set in solid sterling silver with genuine Kingman turquoise. Beautiful stone placement create a cluster design that really set this piece apart from the rest. Medium in its size it measures 30″ in total length with a Naja that measures 2-1/2″ x 2-3/4″ and has 24 stones. Each blossom measures 1-1/2″ in length x 1/2″ and has 7 stones. 6mm sized Navajo pearls are used for the length. This is a beautiful necklace. ** Earrings shown are sold separately** see them under SWS 187 & SWS 160 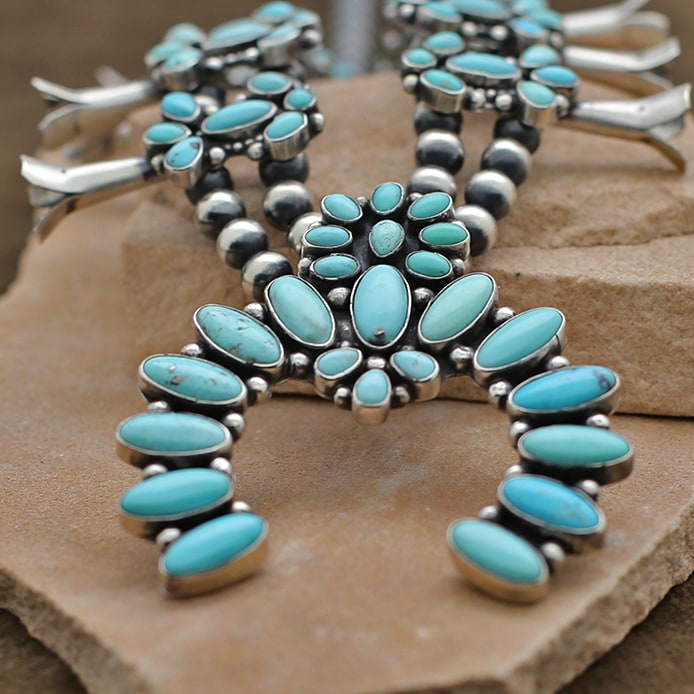