Measuring 26″ in overall length with 11 individual thunderbird figures. The husband and wife team of Lee & Myra Tucson has created a one-of-a-kind necklace. Each thunderbird figure is inlayed with white mother of pearl, black jet, melon shell, coral and turquoise. The main thunderbird measures 3″ x 2″1/2 with the other 10 thunderbirds measuring 1″ 3/4 x 1″1/2. The matching earrings measures 2″1/4 x 1/2. Navajo pearls are used to string the necklace. Very unique and highly detailed. 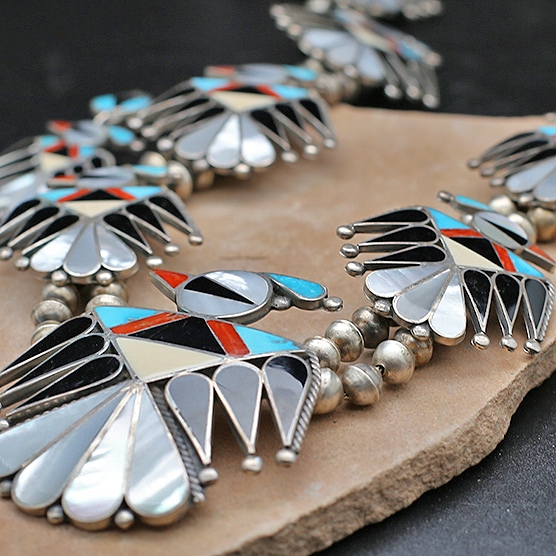