A very rare opportunity to own this one of a kind Pendant featuring 1 piece of extremely rare Kingman Spiderweb Turquoise from Arizona. The stone is mounted with a smooth bezel then set on a very integrately hand wrought sterling silver mounting using a cobination of twisted roung silver wire and handsawn triangular silver . Pendant is approximately 2 3/4 inches by 1 1/2 inch wide. Completely hand crafted and signed by acclaimed Navajo artist Eugene Belon 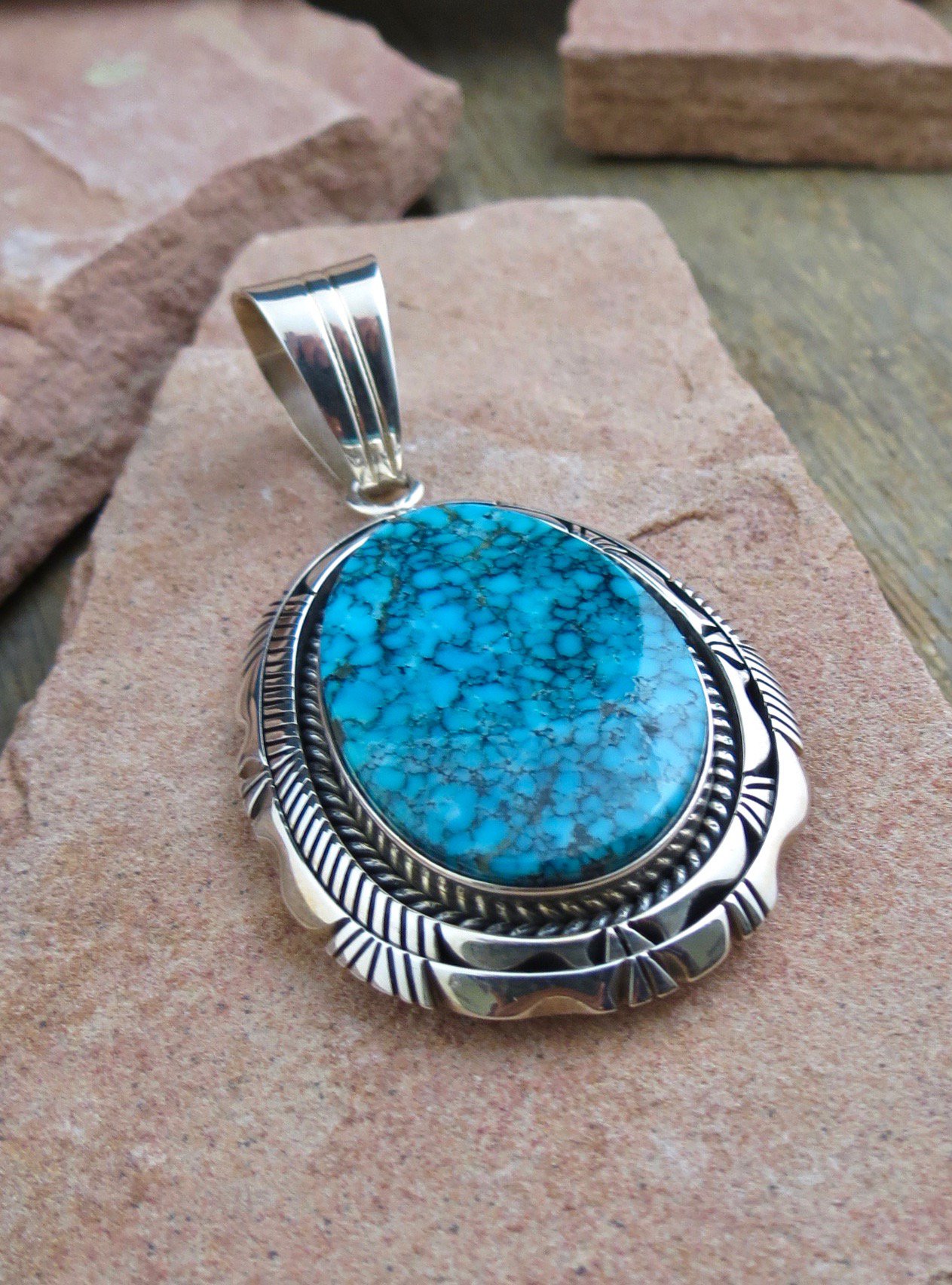