Beautifully inlay ed pendant by Navajo artist Melvin Francis. The diamond shaped silver setting frames the inlay perfectly. The inlay ed stones create a design that is reflective of the both the Navajo night sky and there culture. Perfectly matched with a small chain, this could be the right pendant for you. 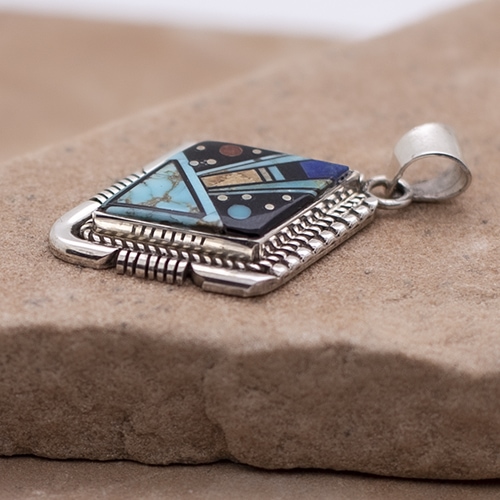