Handcrafted by well known Navajo artist James Lee. Set in solid sterling silver and genuine orange spiny oyster shell. Measuring 1-7/8″ in length and a width of 5/8″at its widest point. Beautiful silver details surround the shell. Easily worn with most small silver chains. The coloring of this shell is beautiful ! 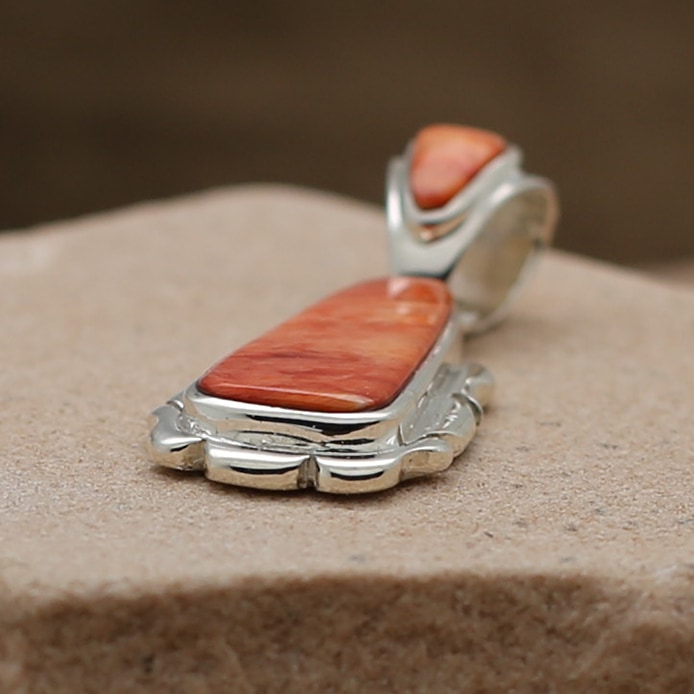