Measuring only 1″ x 1/2″ in total, this is a small pendant. Beautiful Night Sky designed inlay is set in solid sterling silver with genuine black jet fossilized inlay.The bail is large to accommodate a small chain ( 3-4mm ). Despite its size, the detail is fantastic and will surly be appreciated every time you wear it ! 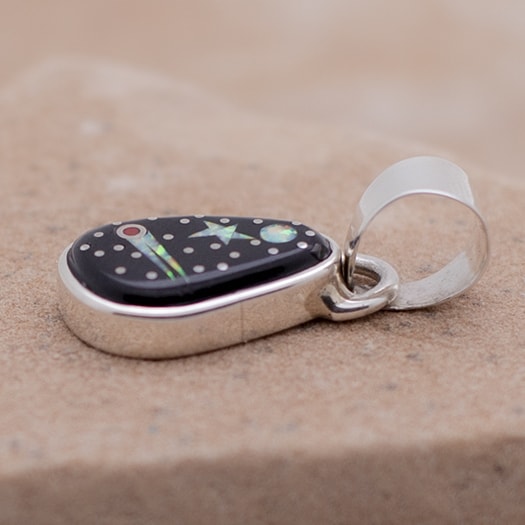