Mother of Pearl (white colored elements),The provenance story of the White Mother of Pearl shell begins in the remote crystal-clear turquoise waters of Northern Australia, nurturing and growing the sought after White South Sea Pearls.
The lustrous pearly white color of the shells reflects the pristine natural environment in which they are formed and shells from this area are renowned to have the purest white coloring.

Ask a Question About Micro Inlay Large round pendant SR 2321 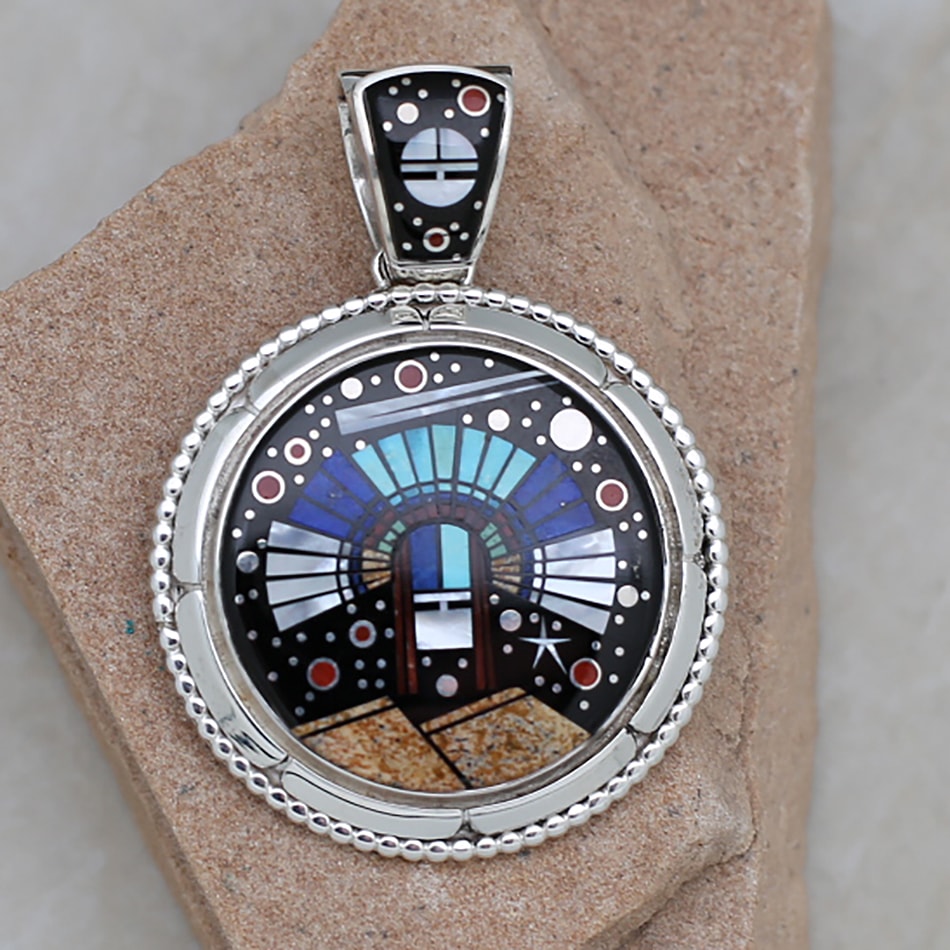 Rare and beautiful, describe this collaboration between 2 renown Navajo artists ! Micro in layer Clayton Tom creates the native headdress pattern with genuine brown picture jasper, black jet night sky ,blue lapis, white mother of pearl and turquoise.The detailed silver work is by none other than James Lee. The center oval measures 2″  1/2 x 1″ 3/4 and is flanked by to individual inlay elements measuring 1/2″ x 1″ 1/2.  This is a large piece that can be mounted on almost any 5mm- 10mm chain or beasds. Please call for more information on this unbelievable piece of art.