Navajo handcrafted pendant set in solid sterling silver and genuine Golden Hills turquoise. Beautiful silver work surround the stone and make a unique statement. Measuring 2″ in total length with the bail and a width of 1″. The stone is mounted high and a great presence when worn. 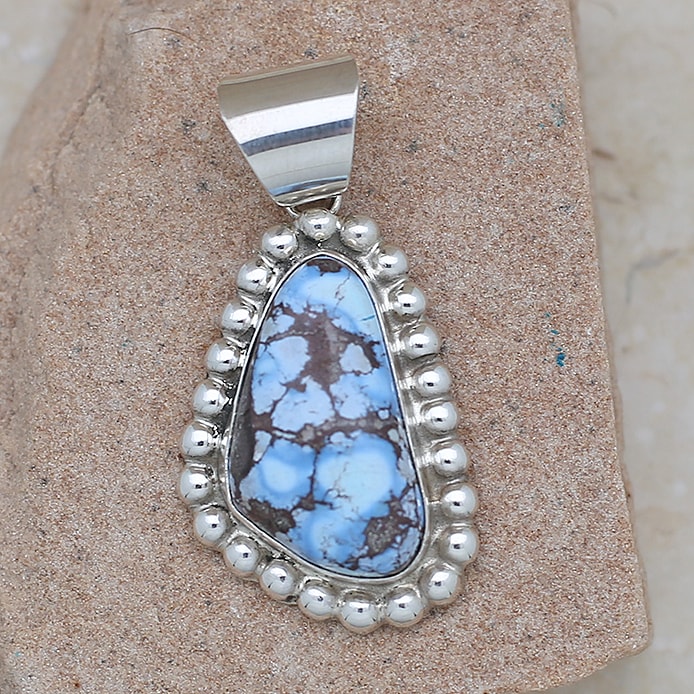