Stunning Kingman turquoise is used in this beautiful ring. Distinctive triangle wire that has been saw cut wraps around the stone. The stone measures 1-1/4″ x 1/2″. Easily sized to fit almost any finger. Please specify your size when ordering and we would be happy to size it at no additional charge. 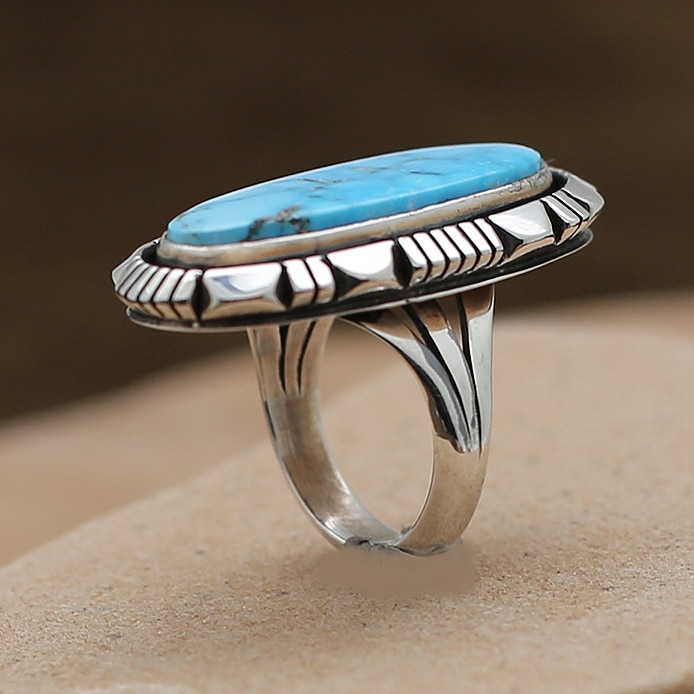