Renown Navajo artist Albert Jake has created a masterpiece of craftsmanship. The silver work in this ring is called  repoussé  metal work. Layers of different shapes of silver create a pattern that is stunning. Measuring 1-1/2″ in length and a width of 3/4″. Easily sized to fit almost any finger, please specify your size when ordering. 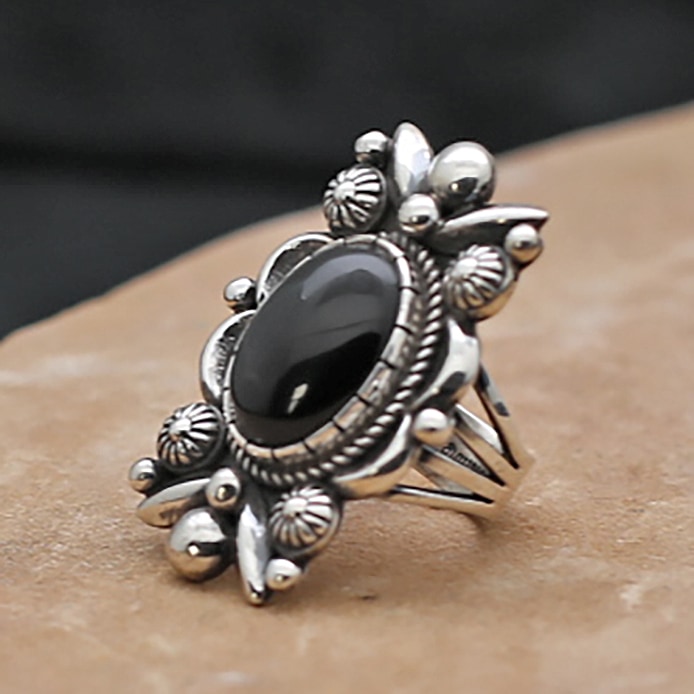 Onyx is a chalcedony quartz that is mined in Brazil, India, California, and Uruguay. It has a fine texture and black color; however, some onyx also displays white bands or ribbons against a black or brown background and this variety is known as sardonyx. The name comes from the Greek word onyx.