Another Albert Jake original that is sure to impress even the avid collector! Set in solid sterling silver with high grade Royston turquoise. This large ring measures over 1″1/2 in length with a width of  3/4″. If your looking for a large Royston turquoise ring by an acclaimed Navajo artist then this is it ! 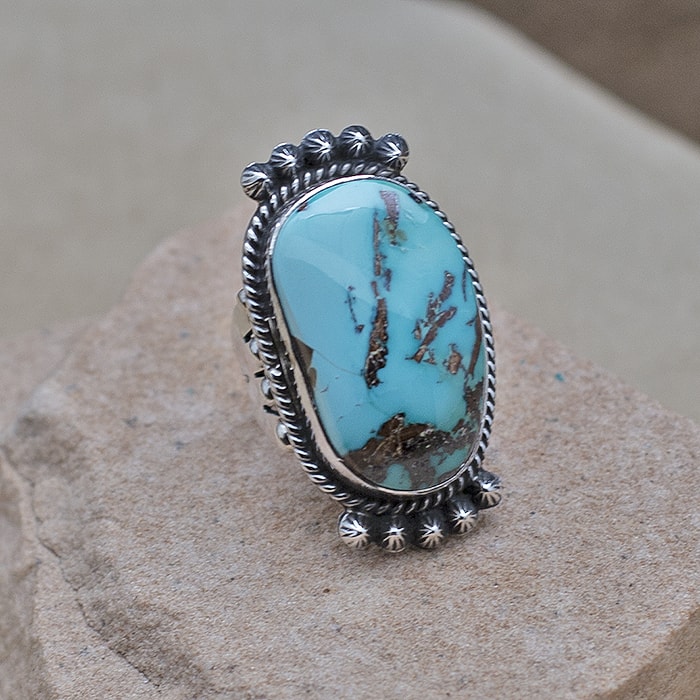