This large oval shell ring measures approximately 1″ x 5/8″. Surrounded by hand cut bezel and crafted from sterling silver. It has stunning presence and definitely makes a statement. The shank measures 5/8″ at its widest point and tapers down to 1/4″. Please specify your size when ordering , sizing is always free ! 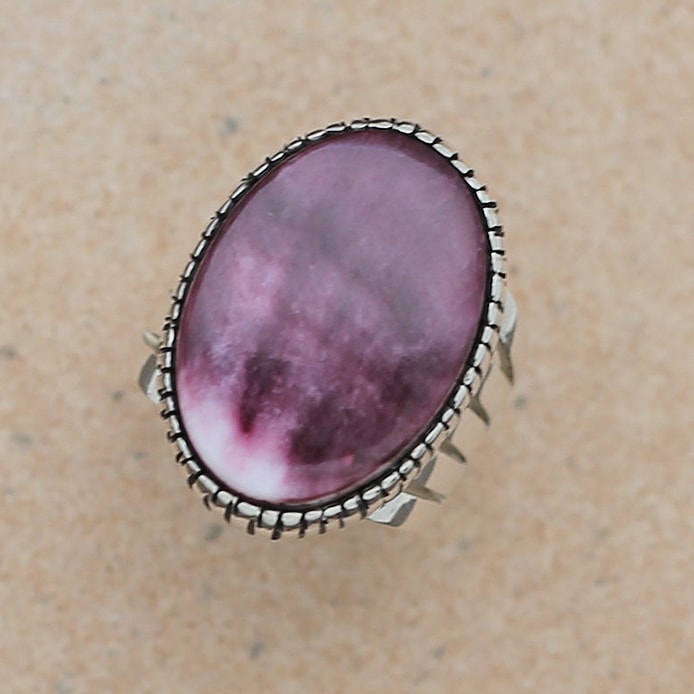