This large oval purple spiny oyster shell is set in a traditional Navajo sterling silver setting. This setting measures 1-1/4″ x 1-3/4″ with the oval shell measuring 1-1/4″ x 3/4″. This is what we call a ” statement ring”. Crafted by well known artist Akee Douglas. Easily sized to fit almost any finger , just specify your size when ordering. Sizing is always free. 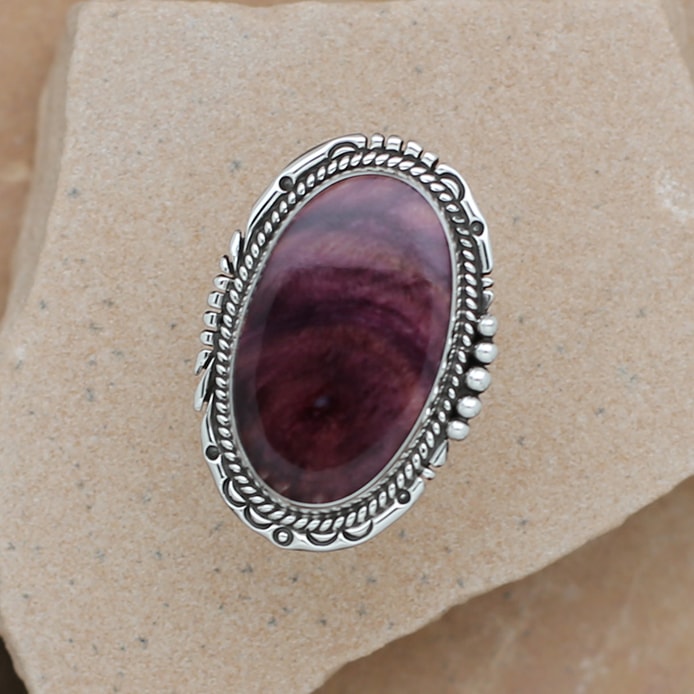