Unique double band design. The Zuni artist has combined a two ring style into one wide band. Each inlay band measures approximately 1/8″ wide x 1″ in length.The artist has also added silver details between the inlay bands as well as at the ends of the inlay bands. Light weight in feel but has a strong presence when worn. Please specify your size when ordering as not all rings are able to be sized. Sizing is always free. 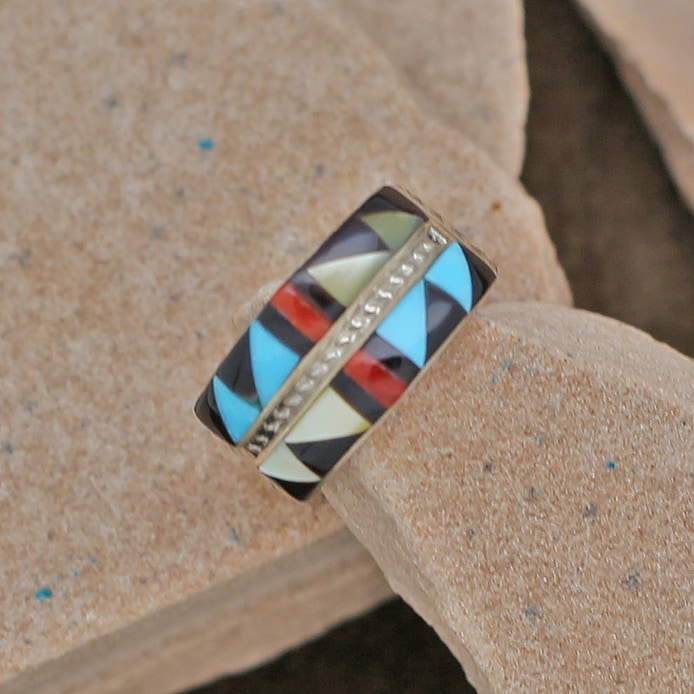 When Europeans arrived in the New World, they brought with them “blood coral” from the waters of Spain and Italy.