Large oval Kingman turquoise ring. Set in solid sterling silver. Handcrafted by a Navajo artist in New Mexico. 100% authentic. The stone measures 1-1/8″ x 5/8″. The actual setting measures 1-1/2″ x 1″. Heavy 1/2 round wire is used to make the ring shank, it is easily sized to any finger. This is a substantial ring that really makes a statement ! 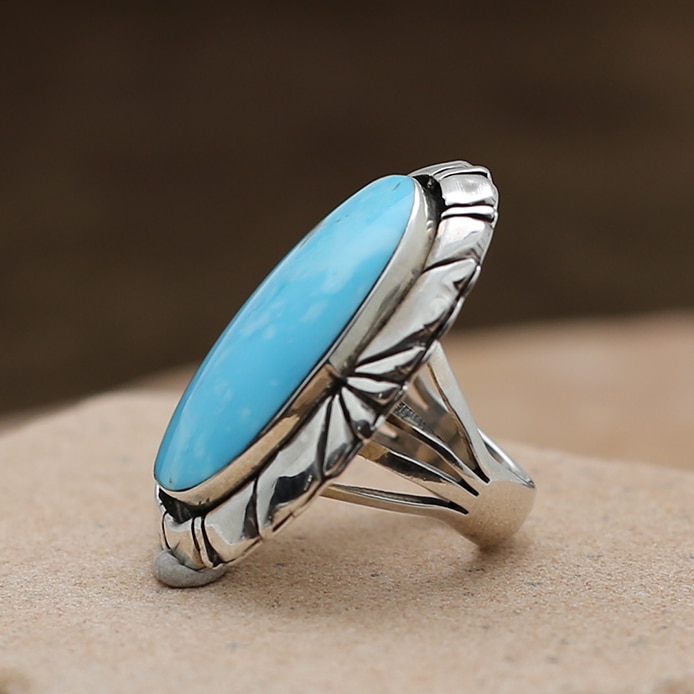