Stunning handcrafted “cluster” style ring. Set in solid sterling silver with genuine turquoise. Each of the 11 stones are hand cut and carefully set perfectly. The triple round wire shank adds a nice detail and makes for a comfortable fit. 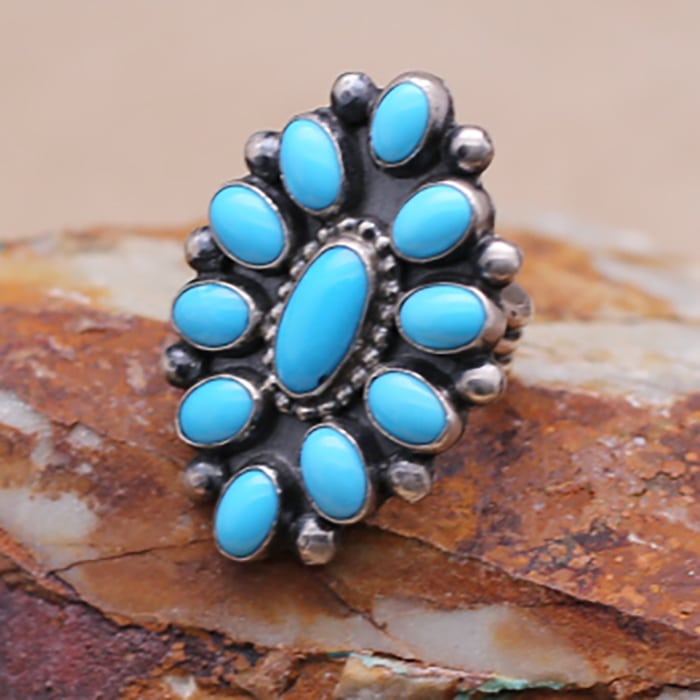